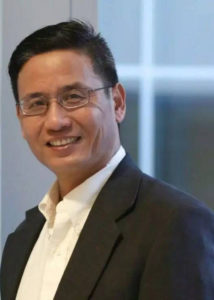 Dr. Steven Shu, MD, MBA, is a board certified laser surgeon who specializes in office procedures. He provides a wide range of procedural services above and beyond typical medicine and does numerous office procedures every year. Dr. Shu developed all new protocols and standards for the office procedures, thereby distinguishing himself as a specialized surgeon with a vast amount of experience in the office based procedures and surgeries.

After graduating in 1984 from the distinguished Shanghai Medical University, Dr. Shu completed his surgical residency and worked as a surgical attending physician until arriving in the United States in 1991. After completing a surgical internship at Flushing Hospital in New York, he followed with office procedure orientated residency training at Michigan State University from 1996 to 2000. He obtained his Physician E-MBA from the University of Tennessee at Knoxville in 2005.

Dr.Shu is board-certified through the American Board of Laser Surgery. He is the member of the following professional organizations.

On top of his clinical work, Dr. Shu was an Assistant Professor of Medical School at the University of Minnesota from 2007 to 2012, teaching office procedures to resident physicians weekly.

Over the last decade, Dr. Shu has consistently promoted the concept of procedure-oriented one stop care. He strongly believes in the numerous benefits of office procedures, including the low cost, convenient, efficient, one stop and high quality care.

In the recent years, Dr.Shu has regularly participated in an international mission organized by NSVI to the Philippines and Haiti as part of a global effort to control the population in the developing countries with rapid population growth. In 2017, he became a founding president of Medical Volunteers International (MVI), a new non-profit organization dedicating the medical missions in the poorest countries around world.